On April 24, 2016 at approximately 3:15pm Rehoboth Police responded to the area of Fall River Ave (RT 6) and Barney Ave for a motor vehicle crash. Upon arrival on scene Officers observed a red 2000 Ford Expedition had crashed through the front of the building located at 54 Fall River Ave. The building had one business occupant, the Silver Willow. The business was opened at the time of the crash and two employees and two customers that were in the store were unharmed. At this time it appears the red Ford Expedition being operated by Michael Burrus age 55 from Seekonk Massachusetts was travelling east on Fall River Ave. when his vehicle suddenly swerved to the left. The vehicle traveled across the roadway, across the two west bound lanes of travel and struck a 2005 Infinity that was stopped at the stop sign on Barney Ave at Fall River Ave. The force of the collision pushed the Infinity across Barney Ave causing it to collide with a truck that was parked in a driveway near the intersection. The operator of the Infinity was alone and uninjured in the crash. The Ford continued travelling north east across a small parking area and then crashing into the building. The crash is currently under investigation, and Burrus is being charged with Operating a Motor Vehicle with a Revoked License (subsequent offence) Operating a motor vehicle so as to endanger, Marked Lane Violations.
Rehoboth Police were assisted at the scene by the Rehoboth Fire Department, Rehoboth Ambulance, and the Rehoboth Building Inspector. 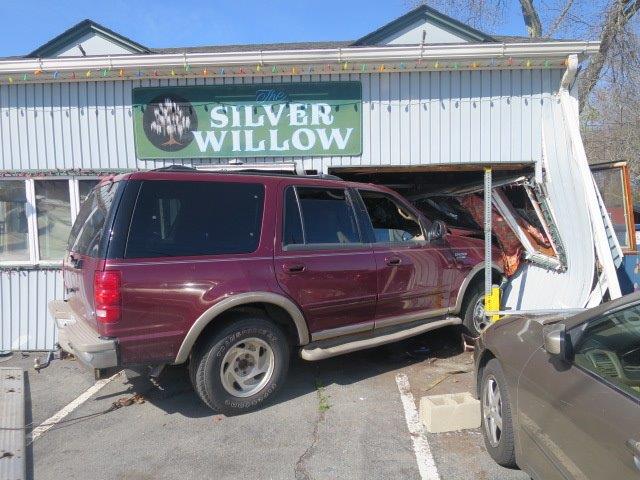