On 12/17/14 at approx. 1750hrs Sergeant James Medeiros and Officer Thomas Ranley were dispatched to the area of #80 County Street for the report of disturbance in progress. Upon arrival Sergeant Medeiros and Officer Ranley observed two vehicles in the roadway.  Two male parties were standing next to the vehicles and it was determined a minor motor vehicle accident had occurred and the two male parties were arguing.  At this time Officers were investigating the circumstances surrounding the crash when one of the male parties removed a large suitcase from the rear of one of the vehicles on scene and fled towards the woods.  The unidentified black male continued a short distance into the woods, abandoned the suitcase, and continued running from the scene. A subsequent search of the suitcase revealed a large quantity of assorted narcotics inside, police seized the suitcase as evidence.  A search of the area was conducted with the assistance of Dighton Police, Seekonk Police, Bristol County Sheriff’s Office K-9, Massachusetts State Police Dartmouth and Massachusetts State Police Air Wing Unit, the suspect was not located during the search.

During the course of the investigation police were able to identify the suspect as Gilberto Oliveira-Mendes, age 20, of Taunton MA.  During the search of the area Police arrested a female identified as Latesha Santos, age 24, of Wareham MA.  Santos was arrested after it was determined she had driven to the area to assist Oliveira-Mendes with his escape from the area.

The contents of the suitcase included approx. 2 kilograms of suspected Heroin, approx. 500 grams of suspected Cocaine, approx. 300 Oxycodone Pills and approx. 3 pounds of suspected Marijuana. The drugs have an estimated street value of $250,000.  Also found inside of the vehicle driven by Oliveira Mendes were two replica gas powered bb/pellet pistols one black 9mm replica and one silver .50 caliber Desert Eagle replica.

At this time an arrest warrant has been issued for Gilberto Olivieira-Mendes for trafficking in Heroin (Class A), trafficking in Cocaine (Class B) and Possession with Intent to Distribute Marijuana (Class D).  Santos was charged with Obstruction of Justice and Accessory after the fact and was due to be arraigned in Taunton District on 12/18/14. 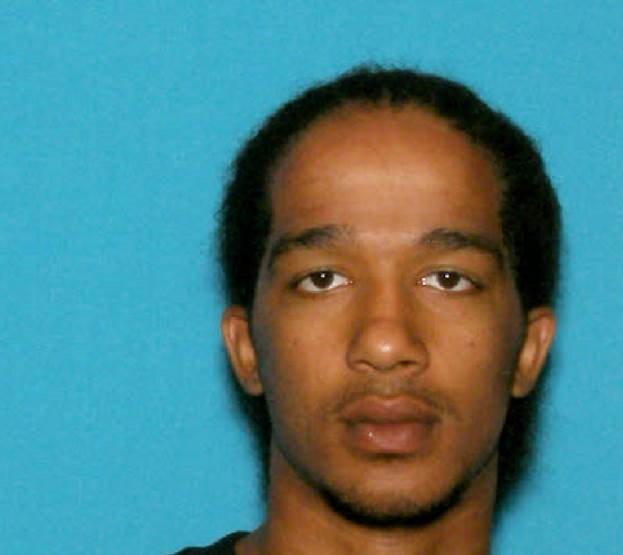 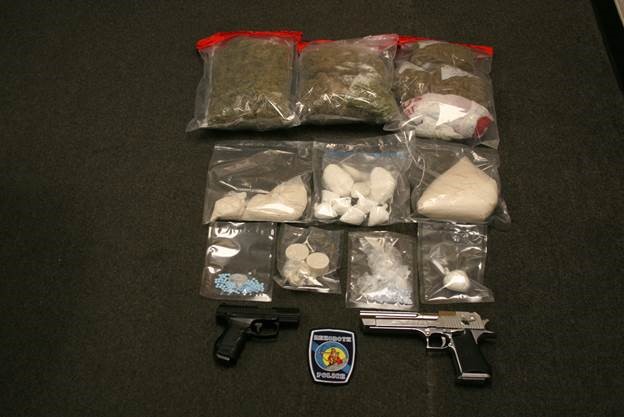