On 12/10/2021 Rafael GONZALEZ, age 52 of Rehoboth, was arrested in the City of Boston on an outstanding Rehoboth Police Arrest Warrant. GONZALEZ was wanted in connection with the 12/05/21 Armed Robbery of a Rehoboth business.

On 12/05/21 at approx.. 1700hrs Rehoboth Police were dispatched to a Winthrop Street business for a past robbery.  The victim reported being robbed by a male subject who was wearing a mask and armed with a pipe. The suspect threatened the clerk with the pipe and demanded money from the cash draw.  The suspect then fled the store on foot. The subsequent investigation culminated in an arrest warrant being sought for GONZALEZ in the Taunton District Court on 12/09/21.

GONZALEZ will be arraigned in Taunton District Court for the charge of  ARMED ROBBERY WHILE MASKED.  This investigation remains on-going and anyone with additional information is asked to contact Det. Paul McGovern at the Rehoboth Police Department 508-252-3722 ext.1135. 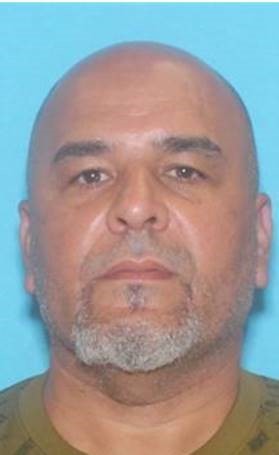