On 06/07/17 at 1:30p.m. Members of the Rehoboth Police Department responded to a residence on Bay State Road to investigate a suspicious vehicle on the property.  While responding to the area Officers learned the suspect had been seen exiting the home and loading items into the vehicle’s trunk.  While searching the area Officers located the vehicle and conducted a traffic stop of the vehicle on Bay State Road.  The driver and sole occupant, Nathaniel Gibbs 29 of New Bedford, was subsequently arrested.  During the course of the investigation numerous stolen items were recovered from the vehicle connecting the suspect to the break-in on Bay State Road as well as another home on Moulton Street.  Gibbs is being charged with two counts of Breaking and Entering, 2 counts Larceny from a building, 2 counts of malicious destruction of property, operation of m/v after license revoked. Gibbs also had several outstanding arrest warrants in Massachusetts and was wanted as Fugitive from justice in RI. Gibbs was held without bail pending his arraignment in Taunton District Court on 06/08/17.  Rehoboth Detective James Casey is handling the on-going investigation. 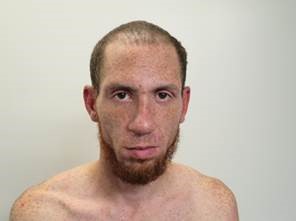